Your web browser is out of date. Update your browser for more security, Speed and the best comfort on this site.
Impulses
Portfolio Career Company
Newsroom Downloads Contact Customer Portal language

Four reasons why regulated distribution grids are the future

A fully electrified and at the same time climate-neutral world is only possible if the distribution grids are massively upgraded. To keep this affordable, voltage regulated distribution transformers (VRDTs) are the solution.

Four reasons why regulated distribution grids are the future

A fully electrified and at the same time climate-neutral world is only possible if the distribution grids are massively upgraded. To keep this affordable, voltage regulated distribution transformers (VRDTs) are the solution.

When it comes to the topic of energy transition, it is usually the big projects that get caught up in our heads: huge offshore wind farms on the high seas, solar farms several hectares in size in the desert or hundreds, even thousands, of kilometer-long transmission lines that bring environmentally friendly electricity to the urban centers. It is true: such mega-projects are necessary when conventional large-scale power plants are taken off the grid. However, an important part of the energy transition takes place at the lowest voltage level – the local grids.

In Germany alone there are about 560,000 local networks, worldwide there are probably umpteen million. Unregulated local network transformers are still largely the standard in the distribution network and VRDTs are the exception. But this is likely to change in the foreseeable future when electricity comes entirely from climate-neutral sources and the heat and mobility sectors are also electrified. Franco Pizzutto, Business Development Manager at Reinhausen, explains: " New feeders and new loads will continue to increase voltage fluctuations, and local grids must be prepared for this to avoid mass outages and voltage band violations." For the distribution network expert, there are consequently four key reasons why VRDTs are gaining in importance.

1. Volatility continues to increase at all network levels

The volatile feed-in of large wind and solar farms places varying loads on the high and medium voltage grids. This also has consequences for the local grids, which are conventionally rigidly connected to the respective higher grid level. And if there are larger fluctuations there, the scope for the local network, which shares the available voltage band of +/- 10 percent with the upstream network, also dwindles. VRDTs decouple the medium-voltage level from the low-voltage level, which is why the voltage band no longer has to be subdivided, but is available for each voltage level.

2. The decentralisation of energy supply is moving forward

Huge wind farms on land and at sea as well as large-scale solar parks alone can’t do the job. On the one hand, there is not enough space in a densely populated country like Germany, and on the other hand, there is a lack of acceptance among the population for large-scale interventions in the landscape. The solution is smaller local producers who are also consumers. For example, solar panels on the roofs and facades of private households or commercial participants offer enormous potential without having to clear new land for them. The expansion is therefore progressing rapidly; in the next five years, according to the industry association Solar Power Europe, the number of rooftop solar installations worldwide will increase by 60 percent. Without VRDTs, new lines would have to be laid. With VRDTs, existing power lines can be used to a greater extent – thus significantly reducing the scope of conventional grid expansion, which will of course still be necessary.

With VRDTs, the absorption capacity of the distribution grids can be increased by a factor of two to four without grid expansion.

3. New consumers get involved in the distribution grids

On the other hand, the new producers are confronted with new consumers, which further mix up the interplay of supply and demand. The number of electric cars is still manageable, but it is already growing rapidly. But when more and more people drive electrically and recharge their batteries at home in the evening, consumption will skyrocket. As a result the already low voltage in the evening drops additionally. Another key technology of the energy transition leads to an additional burden: Heat pumps. Instead of fossil fuels, heat is generated electrically. The grid must also cope with these new loads. VRDTs also help here to ensure that the voltage does not fall below the permissible values despite the increased load.

4. The complexity of grids is increasing and with it the need for digital solutions

What actually happens in the local grid? While the extra-high voltage grid is monitored and controlled very closely, operators know very little about the exact state of local distribution grids. Until now, this was not necessary. But if the complexity increases due to new feeders and consumers, it cannot stay that way. Local grids must become intelligent and sensors must collect data on the exact operating status. But the information collected in this way only helps if operators can also intervene. And this is where VRDTs come into play again: digitally connected, they not only provide valuable status information, but also enable the operator to actively influence network events.

The new standard in the distribution grid

With a VRDT, the absorption capacity for additional loads and feeders can be increased by a factor of two to four, depending on the network conditions, without having to lay new lines. To enable the VRDT to become the standard in the local network, Reinhausen has developed the third generation of the ECOTAP® VPD®, a tap-changer that makes area-wide use even more economical.

Learn more about the advantages of the new ECOTAP® VPD®:

The new ECOTAP® VPD®
The next level for the VRDT 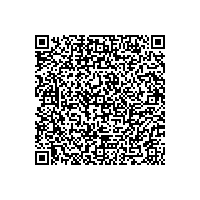 We are here for you. Wherever you are.

Do you have a concern, but don't know whom you should contact? You will find that information in our contact overview. That's a promise.

Log in to our customer portal. Get an overview of our digital products, access documentation and updates via "My Devices" and share your ideas and wishes for further functionalities with us.

You are already a customer? Then simply log in.