Your web browser is out of date. Update your browser for more security, Speed and the best comfort on this site.
Impulses
Portfolio Career Company
Newsroom Downloads Contact Customer Portal Language

Direct current at all grid levels

On the one hand, there are more and more renewable producers that generate direct current. On the other hand, there is a growing number of consumers such as electric cars that need it. Are DC grids therefore the future?

Direct current at all grid levels

On the one hand, there are more and more renewable producers that generate direct current. On the other hand, there is a growing number of consumers such as electric cars that need it. Are DC grids therefore the future?

The share of the total energy mix of conventional power plants feeding alternating current into the grids is dwindling. Power generation from wind and solar power plants is clearly on the rise. These plants feed direct current - which must pass through an inverter - into the grid, but the conversion causes considerable losses which makes the entire system inefficient. Industry and research are therefore currently working intensively on the testing of DC technologies. Reinhausen has already developed extensive know-how in this area – at all grid levels.

Will direct-current (DC) grids replace alternating current (AC) grids in the future? Stephan Rupp, grid expert at Reinhausen who is intensively involved with the topic of direct current in energy supply, believes not. "But I am convinced that parallel structures of AC and DC grids will emerge."  Even if the AC system prevailed 130 years ago, direct current has never disappeared. Thus, suburban trains and even regional trains are often operated with DC grids. And most of our household appliances, smartphones and tablets are also based on direct current.

Direct current has also been used for electricity transmission at the high and extra-high voltage levels for a long time. As early as the 19th century, the first attempts were made to transmit direct current over long distances, albeit at comparatively low voltages. One of the first modern high-voltage direct current (HVDC) transmission lines was the connection between Gotland and the Swedish mainland, which went into operation in 1954. At that time, the transmission voltage was still 100 kilovolts. Thanks to new technologies, up to 1,200 kilovolts with a transmission capacity of 12,000 megawatts are possible today.  In the meantime, the transmission technology has proven itself countless times over and is used all over the world where large amounts of electricity have to be transported over long distances with as little loss as possible. China is particularly active here, where several mega-projects have already been realized to bring electricity from gigantic hydroelectric power plants in the sparsely populated interior to the densely populated coasts. But this form of transmission is also becoming increasingly important in Europe, for example to bring electricity from offshore wind farms to urban centers. Reinhausen offers a highly specialized range of on-load tap-changers, such as the VACUTAP® VR® vacuum on-load tap-changer, as well as insulators for the high-power transformers in the converter stations at the ends of the lines.

To bring the electricity from the hydropower plants to the urban centers, China relies on thousands of kilometers of HVDC lines.

In comparison, direct current at the medium-voltage level is veritable virgin territory. But the topic is becoming more and more interesting in view of the increase in power generation from renewable energies, as existing grids are increasingly reaching their load limits due to the simultaneous increase in the number of new consumers. In addition, voltage maintenance is becoming increasingly difficult when conventional power plants go off the grid and not enough reactive power is made available. Therefore, together with the Technical University of Dresden in the AC2DC project funded by the Federal Ministry for Economic Affairs and Energy (BMWi), Reinhausen is researching how existing AC cable routes can be converted to DC connections. This should make it possible to increase the transmission power in distribution grids, while also solving the reactive-power problem but DC transformers would be necessary in order to couple the voltage levels together. With the GRIDCON® DCT, Reinhausen has developed an innovative solution: an electrically isolated DC-DC converter that in principle behaves exactly like a regulated AC power transformer.

power is to come from renewable energies in Germany by 2035

DC in the local network

In the future, most of the solar power from roofs and facades will be generated in the low-voltage grid. As long as our energy system is based on alternating current, however, the path from photovoltaic systems via battery storage units to the batteries of e-cars - all three of which are direct current systems - is still rather circuitous. The electricity has to be converted four times, and losses of three percent occur at each conversion stage. "Coupling the DC systems at the lowest voltage level without the diversions via the AC grid would make the most sense," says Rupp. But norms and standards for the necessary technology, which would require such DC grids and ultimately make them affordable, are still lacking. Reinhausen is active here in several projects that are researching how DC grids could be used in shopping centers, business parks or industrial plants.

What could such DC grids look like? Analogous to a local grid transformer, a DC station would have to be connected to the medium voltage. It would be the heart of the DC grid and technically function like a converter with a built-in transformer, supplying the DC grid with 1,500 volts DC with outputs of up to 2,000 megawatts. Reinhausen has already developed a solution for the DC stations: the GRIDCON® Power Conversion System. This is a modular AC converter system for DC and AC supply at low voltage. It is only a matter of time before DC grids become reality at the low-voltage level. Rupp is convinced: "In the next five years, the technology will be ready for use.”

The bidirectional charging station from Reinhausen can be connected directly to DC systems and enables fast charging of electric vehicles with up to 250 kW. The integrated bidirectional inverter also handles the grid connection for connected battery storage units.

The modular AC inverter system for DC and AC supply at low-voltage levels enables the coupling of the DC grid with the medium voltage grid in DC stations.

The first galvanically isolated DC/DC converter on the market can be used like a regulated AC power transformer. This means that DC networks with different voltages and different network shapes can be connected and the load flow can be controlled in a targeted manner. 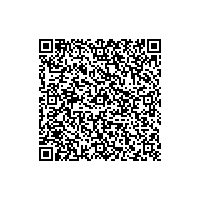 We are here for you. Wherever you are.

Do you have a concern, but don't know whom you should contact? You will find that information in our contact overview. That's a promise.

The Maschinenfabrik Reinhausen customer portal is a digital platform tailored to your needs and fully free of charge. In addition to digital solutions, on myReinhausen you will find many services that support you in context of our products and services.

Check our vacancies here. Apply today and contribute at the world market leader in energy technology keeping the energy supply stable in the future.